Naughty Dog’s rise to become one of the world’s best developers has been incredible to watch.  The Uncharted franchise defined the PS3 experience and The Last of Us is considered by many to be one of the best games ever made.  It seemed impossible that Uncharted 4: A Thief’s End could live up to those expectations.  After its seemingly troubled development, most notably the loss of long time Uncharted creative director Amy Hennig, I had a couple reservations myself.  But after finishing Uncharted 4: A Thief’s End I don’t hesitate to say it is the best game currently on the PS4.

At its core Uncharted has always been a 3rd person shooter and admittedly there are mechanically better 3rd person shooters on the market.  I’ve never had a problem with Uncharted’s combat, however Uncharted 4 adds some much needed variety to firefights.  The biggest change is the stealth system.

Uncharted has played around with stealth mechanics before but never to their full extent.  If you broke stealth in previous Uncharted games there was no way to get it back.  Uncharted 4 adds new enemy AI, if the player is spotted it is now possible to regain stealth and attack from the shadows again.  This mechanic is complimented greatly by the design of the combat areas which have more than doubled in size from previous games.  These areas offer much more player mobility and allows for a variety of playstyles.  Gameplay feels smooth, all the different aspects flow together: climbing, shooting and stealth feel like different parts of a whole rather than separate gameplay mechanics.  This gameplay flow not only gives Uncharted 4 better moment to moment gameplay but it also lets the player feel more like an action hero than previous installments. 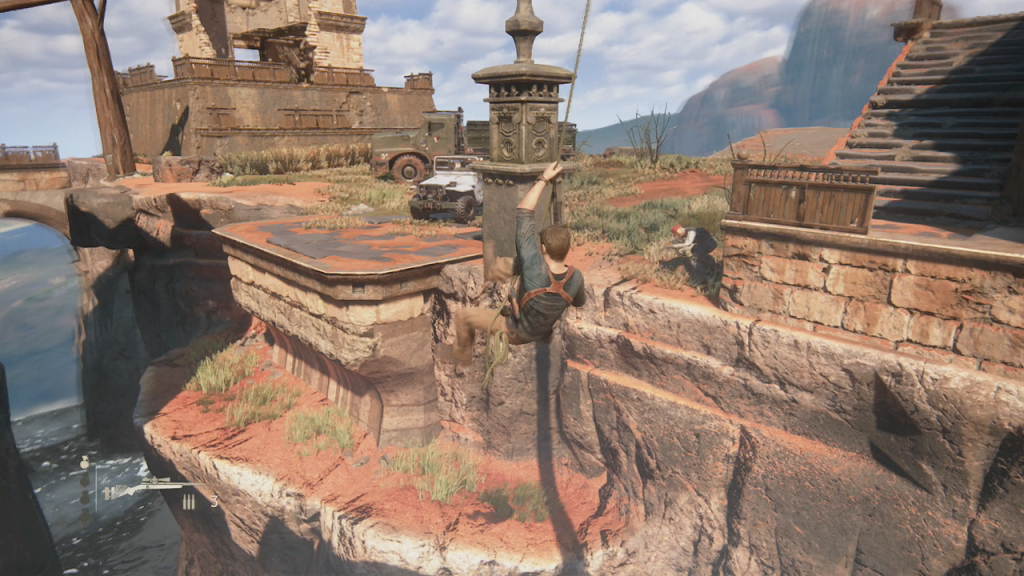 The other half of Uncharted 4’s gameplay is something Uncharted fans know well: climbing.  Much like combat, platforming is more open ended.  Drake is sometimes given multiple paths and while they all take you to the same place this lets the player feel like they are actually exploring.  Mechanically the biggest addition is what I am calling the rope hook swing.  It accomplishes much the same task climbing would have in previous games but is much more fun to use.  Visually it adds speed to what is otherwise the slowest parts of Uncharted.  Having Drake reach his hand out when you are close enough to jump is a great way for it to not be frustrating.

Climbing wouldn’t be half as fun if the areas you were given to explore weren’t visually stunning.  From dilapidated buildings, to underground catacombs and far reaching vistas Uncharted 4 has some truly breathtaking visual moments.

I am calling it right now.  Uncharted 4 is the best looking game I have ever seen.  I could talk forever about Uncharted 4’s graphics.  But for me, the standout is character design.  Drake and friends have never looked so real.  It is very easy to forget these are digitally animated characters.  Everything from how water affects the characters clothing to the way light disperses through hair in a realistic way with hundreds of other tiny details add to the feeling that these characters are real. Amazing facial animations combined with top notch voice acting made me feel connected to Drake, Elena and Sully more than ever.  Naughty Dog’s graphical fidelity can only be fully appreciated when you play it for yourself.  This level of detail allows Uncharted 4 to tell the best Uncharted story in the series. 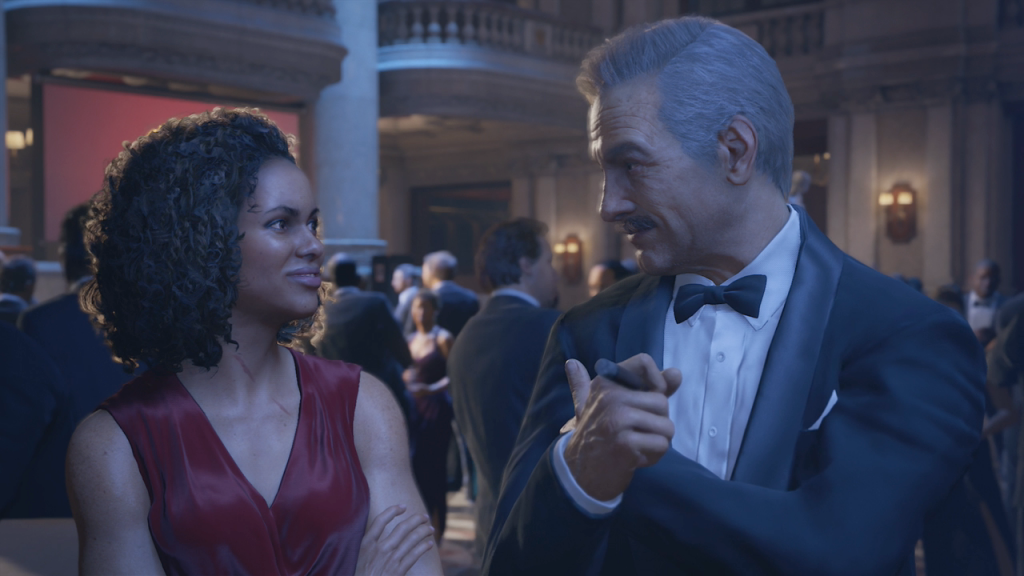 I don’t want to talk about many story details for fear of spoilers.  This is the type of game where the less you know the better.  Uncharted 4 has taken many clues from The Last of Us in terms of environmental storytelling. The player can engage in optional conversations with characters adding little bits of context that greatly compliment the story at large.  Much like The Last of Us you are given small stories by notes hidden throughout the environment.  Uncharted 4 tells a very ambitious story on many levels.  The Uncharted franchise has always told a story that involves some historical mystery but rarely does that act as anything more than just a reason for Drake’s adventures.  This time the historical aspect plays a much larger role not only as a story in itself but as commentary on Drake’s character arc.  Overall it is a more mature story, we see our characters coming to terms with and realizing their crazy adventure lifestyle can’t last forever.  This mirrors the same feeling we the player have accepting this will be our last adventure with Drake as Naughty Dog has made it very clear they are done with the Uncharted franchise.  Uncharted 4 is very conscious of the fact it is the final game in the series.  It features many callbacks to previous games and gives a sense that those adventures have been building up to this one.  This adventure is more grounded by Uncharted standards allowing it to focus more on the characters than the adventure itself.

I haven’t said anything negative about Uncharted 4 because I have nothing negative to say.  The only caveat is I would highly recommend playing the previous games before this one.  Uncharted 4 can stand on its own as an amazing game but it only realizes its full potential if you have seen the series all the way through. 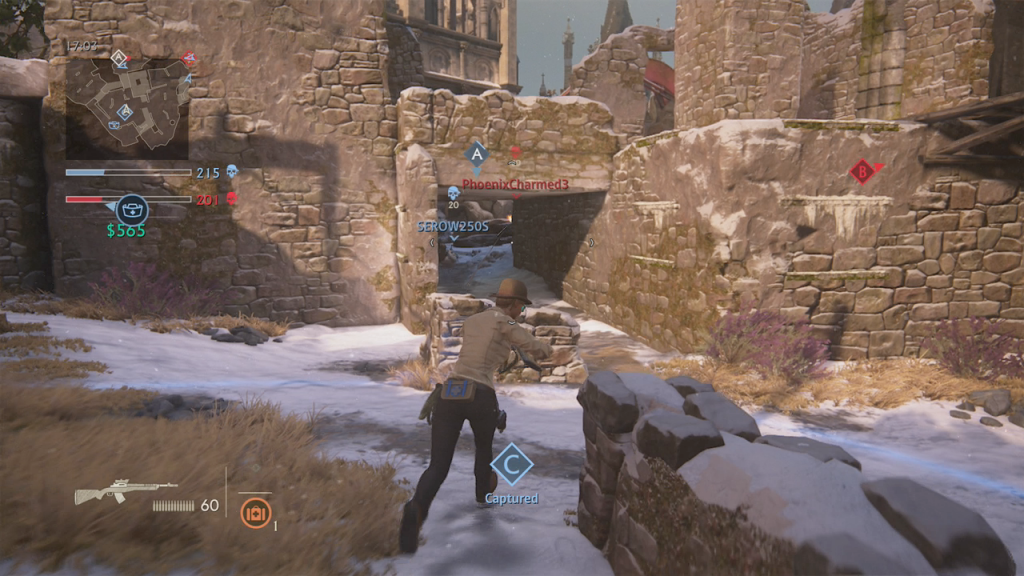 Uncharted 4 consistently surprised me throughout my twelve hour playthrough.  I was expecting great things from Naughty Dog but in my mind Uncharted was a known quantity.  Uncharted has built a formula over the 4 previous games, counting Golden Abyss.  Uncharted 4 plays with this formula by turning it on its head and adding to it at the same time.  Naughty Dog is a developer at the top of their game and I can’t wait to see what’s next for them.