“Clementine will remember that.”  those words will be burned into my brain for years to come after having just finished The Walking Dead the game season 1.  Yeah I know it has been out for a while now and I am a little late to the party but man am I glad I played it.  Telltale has really taken storytelling in video games to the next level.  I have never wanted to just listen to what other characters say more than in the walking dead.  Although most of the gameplay is choosing what Lee will say and dealing with the consequences, there is a surprising amount of dialogue that is optional.  I wanted to talk to Clementine just to see how she was doing even though the game was not forcing me to.  However, the naysayers will tell you the choices you make don’t carry any real weight; no matter what Ben will still die and Kenny will still disappear in a swarm of zombies, although the circumstances are very different depending on what choices you make.  But you know what?  It doesn’t matter.  Take Ben’s death  for instance, you either don’t save him and drop him into a hoard of zombies, or he dies simply by accident.  Later in the episode your morality is questioned based on the fact that you let ben die.  Another side affect of the choice is that it  is impossible to make all the right choices.  I tried to make my Lee act based on my conscience and morals.  And you know what?  There are many things I did in that play through that I regret. 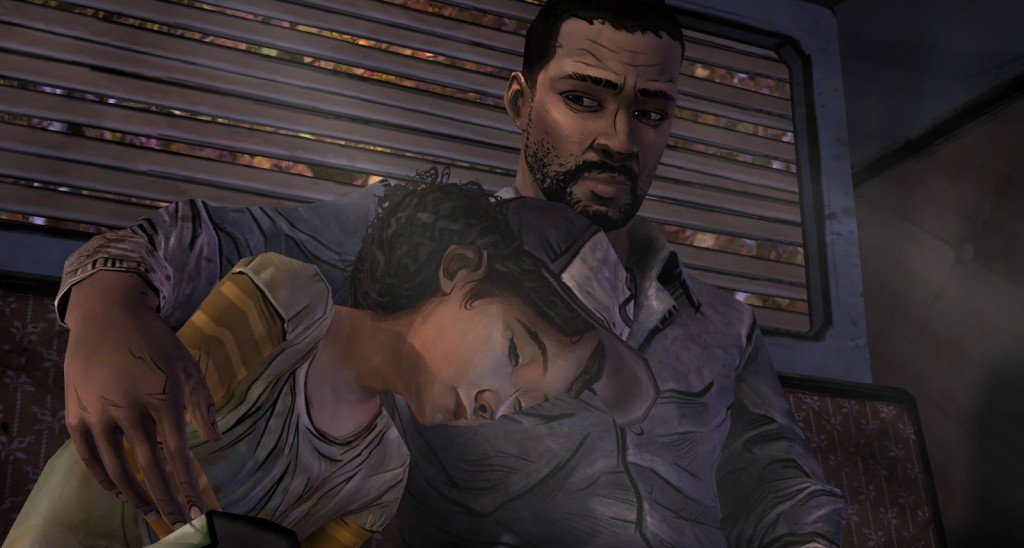 Yes I did cry during the ending

But let’s not worry about what has already happened.  The Walking Dead the game season 2 has been announced and it looks amazing.  You are now playing as Clementine the very person you spent all of season 1 teaching and protecting.  She appears to be several years older, around 12 or 13, and I think that is what will make season 2 very interesting.  You are now playing as a child so that means your opinions will not carry as much weight.  In season 1 Lee was almost the leader of the group your the other characters valued your opinions, no longer will that be the case.  Not surprisingly, Telltale has openly said you should keep your save files from season 1.  My theory is that the advice you gave Clementine at the end of episode 5 will have an affect on the way she survives.  Especially choosing weather or not you told Clementine to leave Lee or kill him.  If you decided she just leave him will Clem be haunted by not being sure if Lee is dead or not?  If she shot him will that give her closure knowing Lee’s fate?  Season 2 episode 1 will be released before the end of 2013 then all of our questioned will be answered . . . hopefully.

(your readers will remember that)