Boom, headshot.  Having just walked around a corner I died instantly from some unseen asalent.  Only to find my attacker used my new worst enemy the LS70 Fors the only sniper rifle in Killzone Shadowfall that can manage a one shot kill.  Maybe it’s just me, but it seems strange that a series renowned for its multiplayer to have a seemingly overpowered sniper rifle.  This raises a question that I have been asking for some time now.  Should there be a one shot kill sniper rifle in an online FPS?  It seems call of duty MW2 should have taught us that those type of weapons create quick-scoping aggressive snipers that induce rage quitting.  I think it all comes down to regenerating health.  If you are a sniper and you shoot someone from across the map and it doesn’t kill them it feels like you have accomplished nothing because they duck back into cover and their health regenerates.  On the contrary, in The Last of Us’ multiplayer there is no regenerating health so even though the sniper rifle is a two shot kill it feels like an accomplishment if you only connect one shot as it forces the enemy to use a health pack.  However, in order to counter any problems like this Killzone allows you to create your own fully customizable game types.  So if the LS70 Fors does becomes a big problem someone can simply create a gametype were that gun is disabled kudos to the developers for this feature. 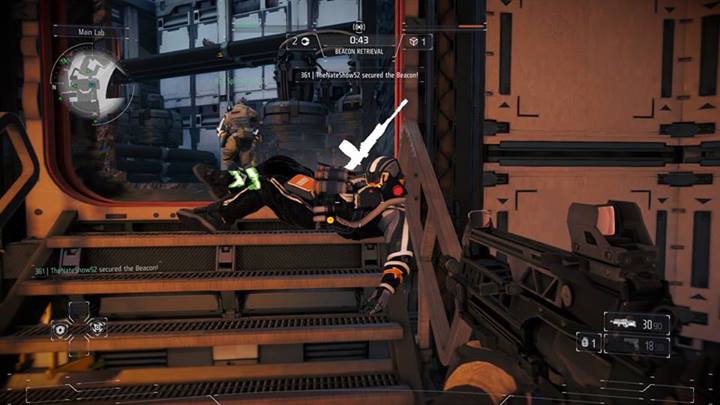 It is good to take frequent naps

Despite my gripes about the LS70 Fors Killzone Shadowfalls’ multiplayer is still a blast.  Not only that but is also looks amazing the graphics being on par with the campaign.  So far the create your own warzone option has not seemed as fun as I thought it would be.  Especially since most of the custom warzones don’t allow the use of your custom classes.  For me half the fun of an online FPS is the fine tuning of a class to fit my play style.  In short, Killzone Shadowfall is a highly polished first person shooter with beautiful graphics and there also lies its biggest flaw.  It is a really good FPS, it doesn’t break any new ground or have any gametypes that haven’t been seen before.  The guns are all standard variations of shotguns, assault rifles, sub machine guns and sniper rifles.  The biggest disappointment is that it does not take any chances it simply does everything really well, admittedly not an easy task but still unimaginative.  Unfortunately, as this generation of consoles rockets forward Killzone will soon be overshadowed, no pun intended, by the likes of Titanfall.  Even now, I am only using it to make the wait for Infamous Second Son seem that much shorter.