The Juggernaut in Call of Duty has always been one of COD’s more interesting opponents.  Almost all enemies in the Call of Duty franchise have always acted the same: shoot, take cover, flank, throw grenade, repeat.  Not the Juggernaut, it runs relentlessly at the player constantly hip firing and never slowing down.  Juggernauts are one of the more “video gamey” parts to call of duty.  They don’t take cover, they are bullet sponges, I have seen one survive two RPGs to the chest and I have never seen one reload.  They are cool from a game designer’s perspective because they are disorienting to the player.  When a Juggernaut enters the combat you immediately have to change your strategy.  If you don’t have the right gun it will take a long time and many grenades before even one is dead.  In Call of Duty multiplayer Juggernauts seem to have the same effect.  They dislocate campers, are a brick wall to the run and gunners and are really hard to kill unless your team has a sniper or air support. 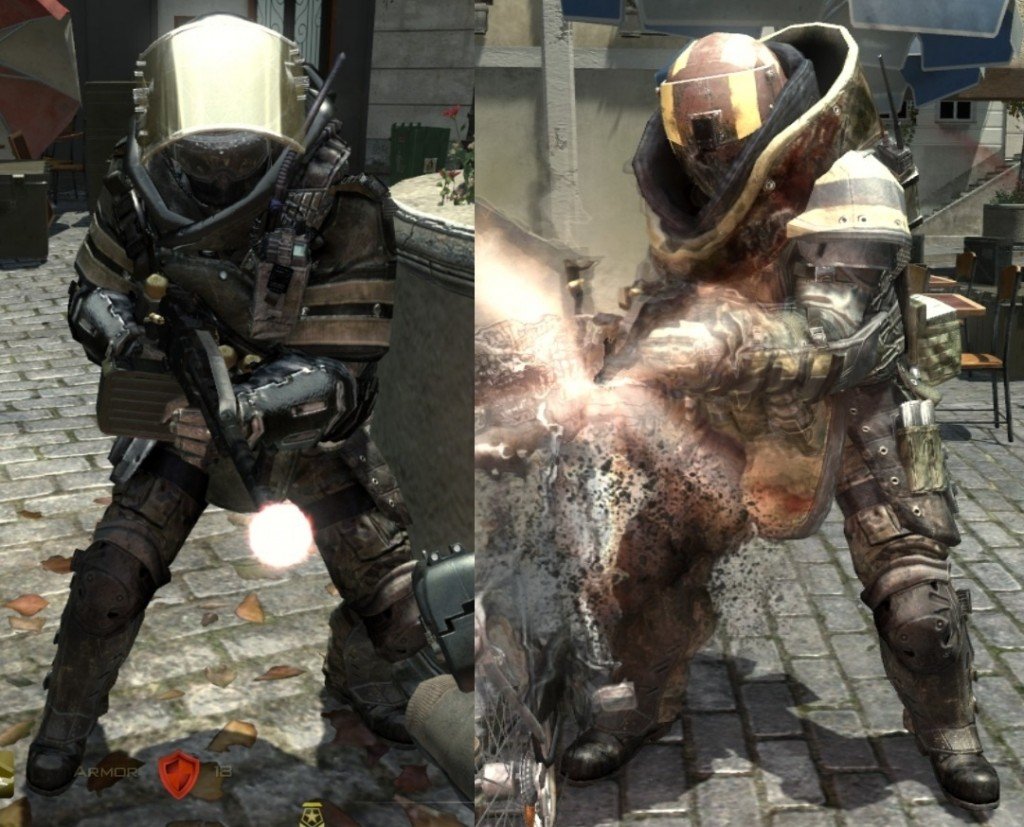 You might be thinking that Call of Duty is by no means the first game to have a “bullet sponge” type enemy and you would be right.  The “tank” has always been a video game stereotype since almost the beginning of shooters.  I just find it interesting that despite it being such a cliché the Juggernaut is one of the most recognizable enemies from the best selling video game franchise ever.