Note: this will have major spoilers for both Burial at Sea and Infinite you have been warned.  After finishing Bioshock Infinite: Burial at Sea episode 1 I wanted to play more.  Irrational games have done a amazing job in recreating pre fall Rapture.  I loved the first half hour of the game just being able to walk around rapture and appreciate its beauty without having to worry about being beaten to death by a splicer is very interesting.  My only real problem with the game is the second half; as with most Bioshock games its weakness is the combat.  I do not mean the combat is bad or broken what I mean is it broke the immersion for me.  Once the bullets started flying I felt disappointed in the “Oh yeah, this is a video game I have to shoot people.” sort of way.  However, besides that the story does have me intrigued although also a little confused.  Let’s recap, in Bioshock Infinite we learned that the entire Bioshock universe is broken up into alternate realities each one feel different yet familiar, “Constants and variables.”  In Burial at Sea it seems Elizibeth is the same Elizibeth from Columbia.  However the Booker seems to be different, although at the end he does remember he used to be Comstock.  The ending was so fast I actually can’t remember all of the details.  Or at least I can’t seem to explain all of the details.  YOU TRY TO EXPLAIN IT! 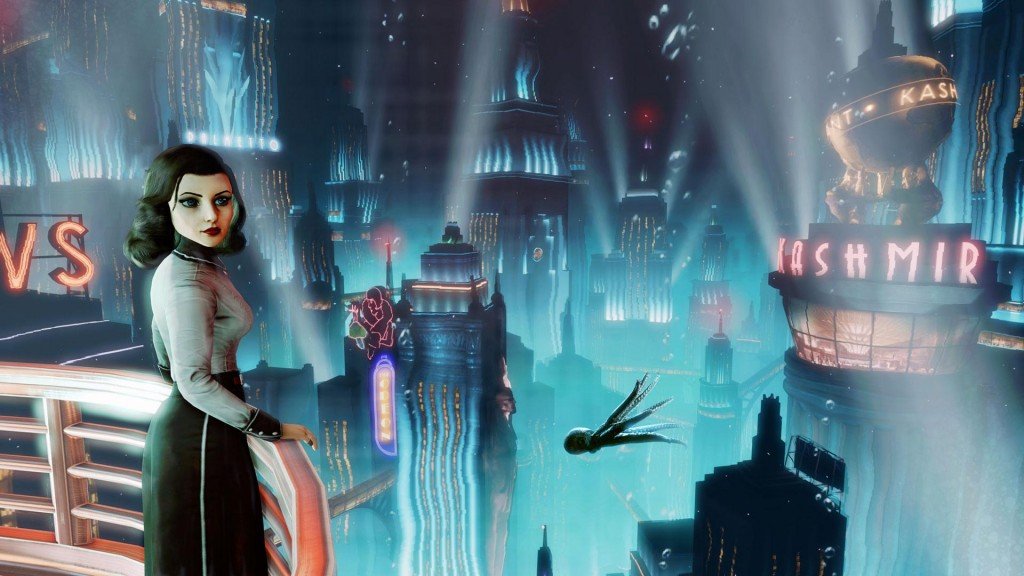 However, despite my confusion and nitpicking I still had a lot of fun playing through Burial at Sea.  This is a shining example of what dlc should be like and although $15 is a little steep for 90 minutes of gameplay it is still a worth addition to the Bioshock franchise.